In the previous editions, we danced in a wonderful place, showing you Palermo’s history and culture: Lo Spasimo.
This year, our dreams will lead us to a venue imbued with immeasurable beauty and magic: the Botanical Garden of Palermo; the largest in Europe.
Here, everything you can imagine is real.
#FollowTheDreamers – Marianna

Palermo Tango Festival is a 4-day-long festival, which will take place from 25th to 28th July 2019 in two venues: the Botanical Gardens of the University of Palermo – one of the most prestigious Italian academic institutions – where the milongas will be held in the afternoon until sunset, and the Hotel San Paolo Palace****, where the evening milongas and tango classes will take place.

We will dance in the place of which Goethe, travelling to Palermo in 1787, made an enchanted description after visiting it: “In the public gardens near the waterfront, I spent hours in enjoyable quietude. It is the most stunning place in the world.” Johann Wolfgang von Goethe, Italian Journey.

Afternoon Milongas in the New Location:
Botanical Garden of the University of Palermo

The garden boasts more than 12,000 species of different plants. It is one of the most prestigious academic institutions in Italy.

Palermo’s history has been anything but stable, and the city has passed from one dominating power to another with remarkable frequency.

Locations of past editions: The Spasimo – Hotel San Paolo Palace. 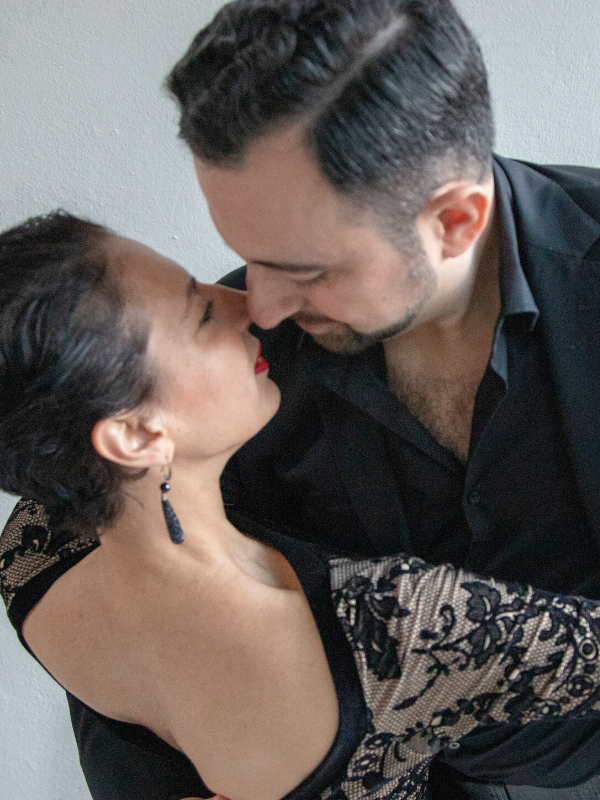 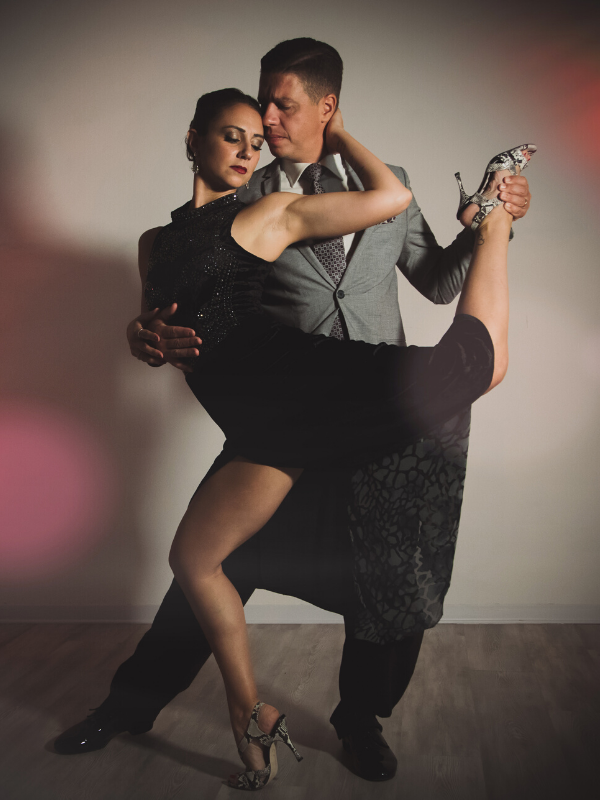 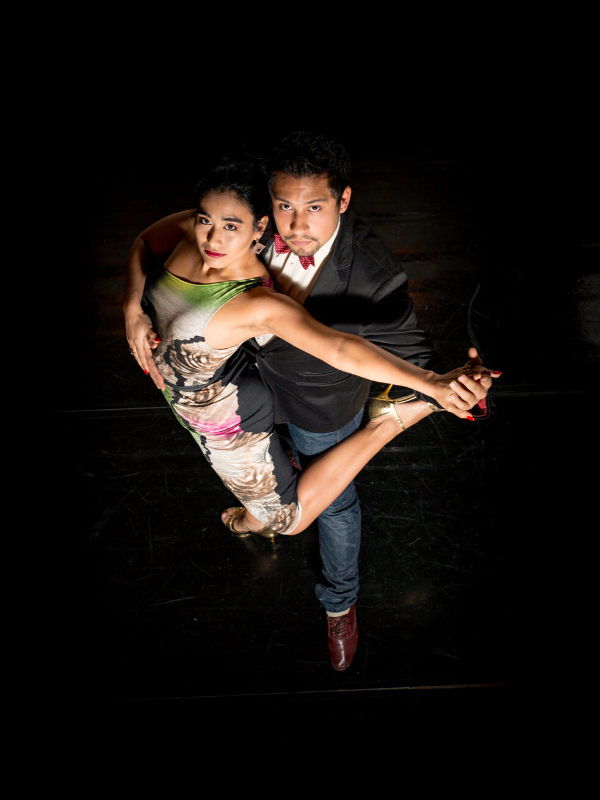 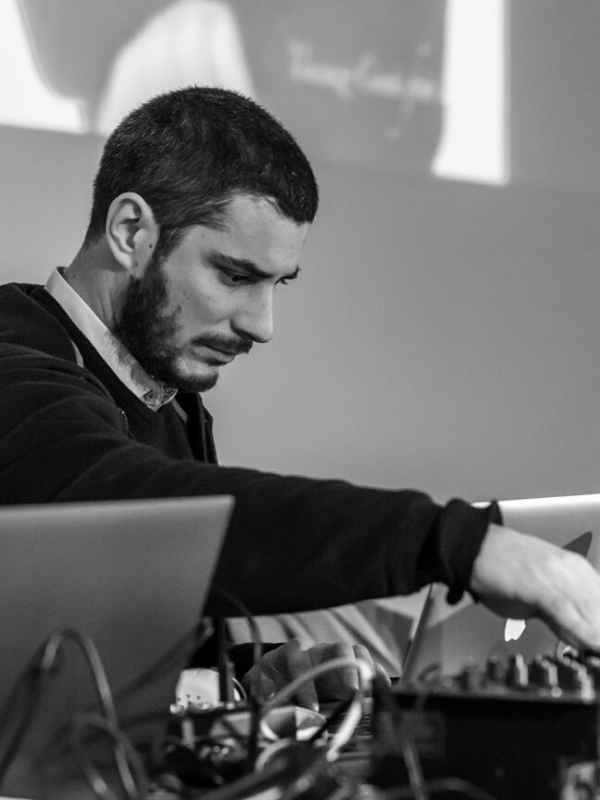 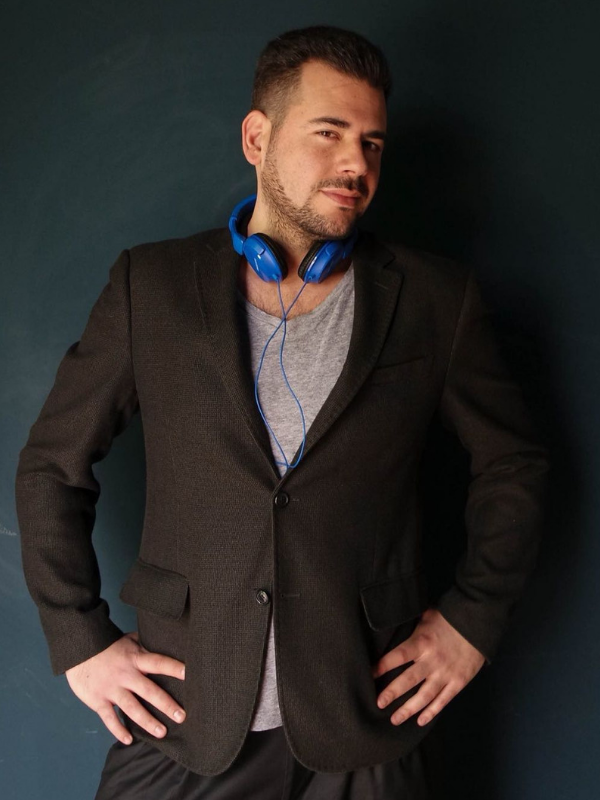 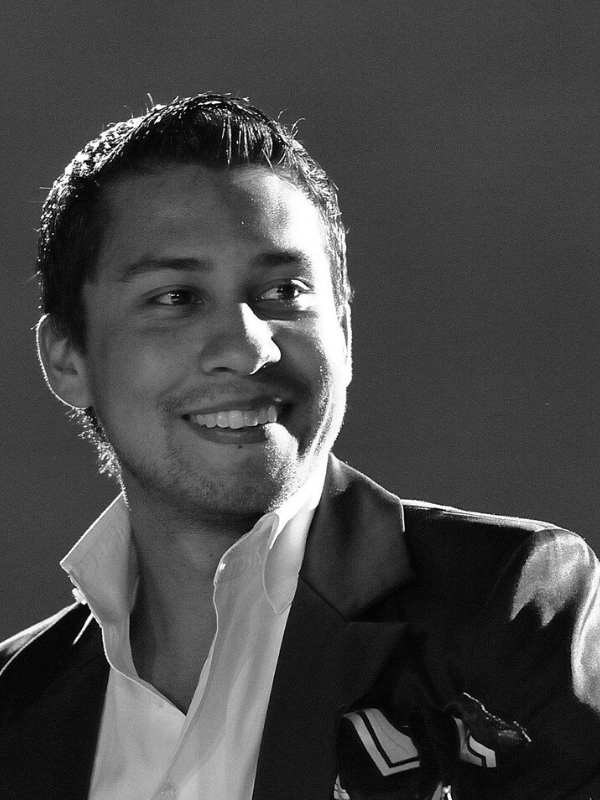 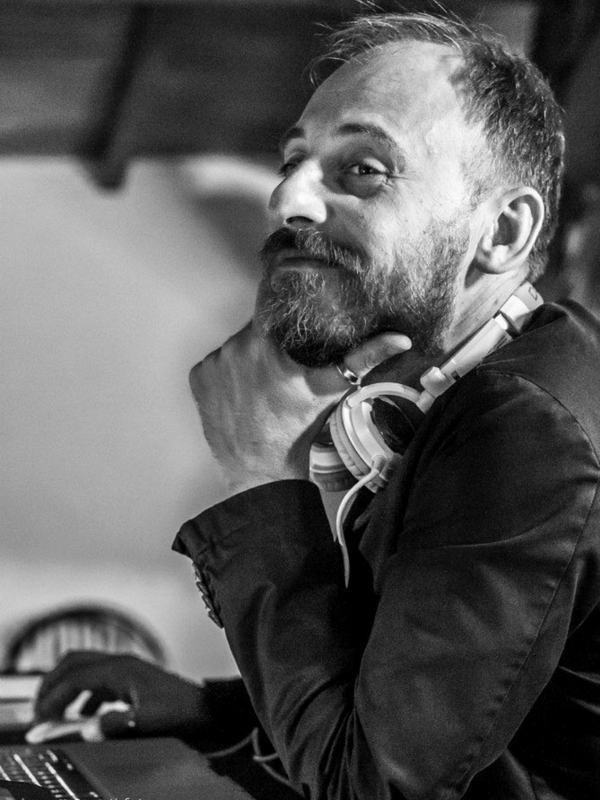 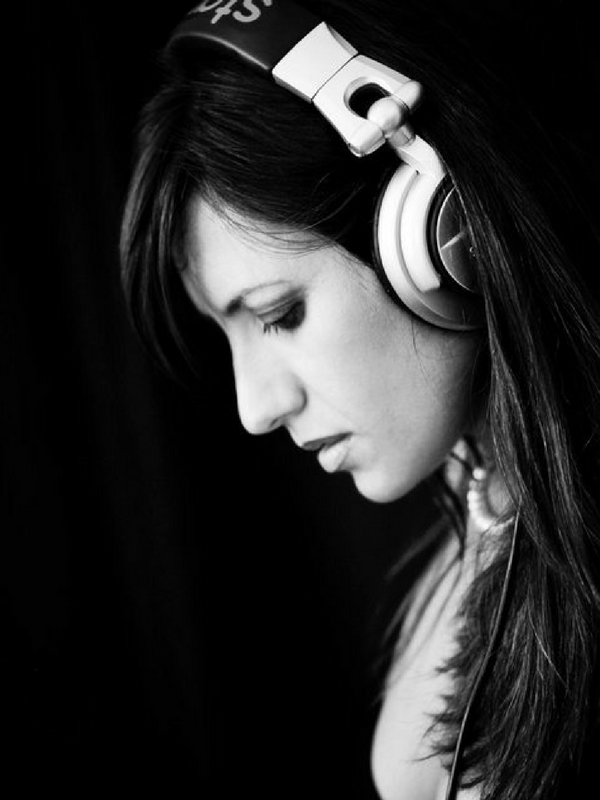 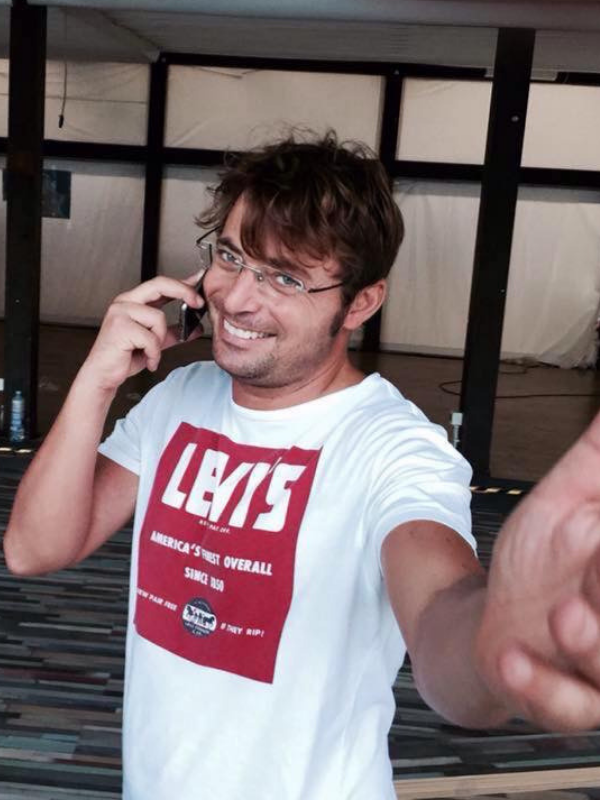 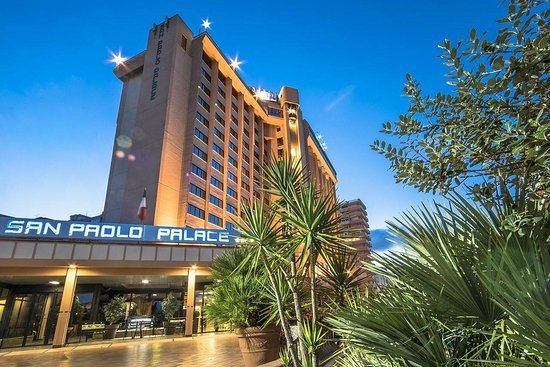 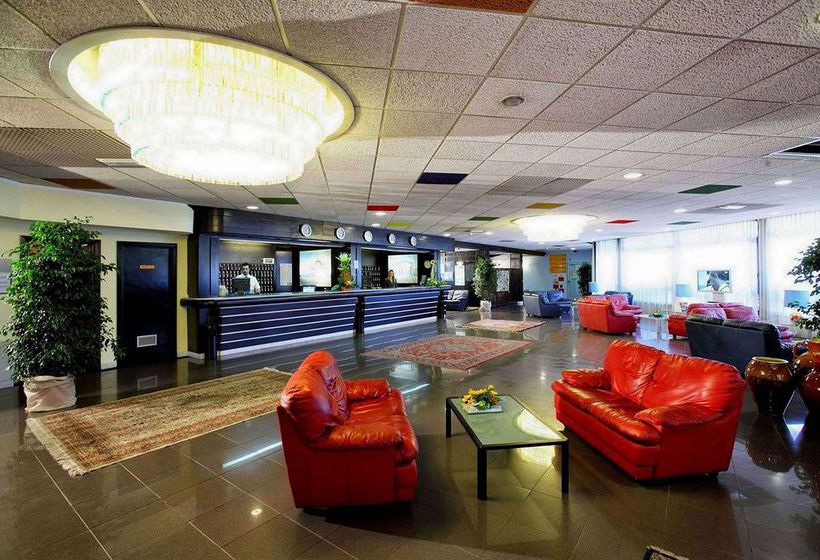 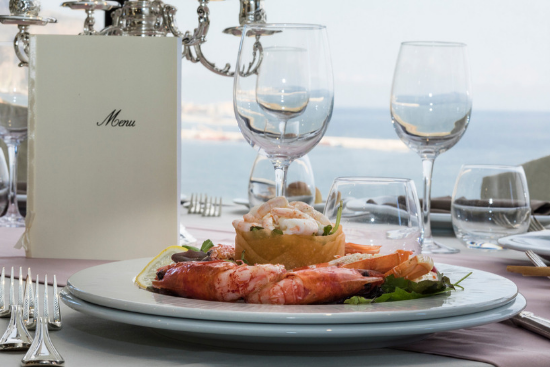 For any need or clarification, please contact us or fill out the form…

You cannot say you have toured Palermo without walking through the Botanical Garden. It is an educational museum; the largest in Europe. It hosts the Department of Botanical Sciences of the University of Palermo.

The garden is adjacent to Villa Giulia. The entrance is on Via Lincoln 2, a short walk from the ‘Kalsa’ neighbourhood.

The garden boasts more than 12,000 species of different plants. It is one of the most prestigious academic institutions in Italy. Its beginnings date back to two hundred years, during which a wide variety of plant species, mostly coming from tropical or subtropical regions, have been spread to Sicily, Europe and the Mediterranean as well.

There are some impressive structures such as the Herbarium, which is home to about 400,000 dried plant specimens collected since 1700 from all over the Mediterranean. The symbol of the Botanical Garden of Palermo is a Ficus Magnolioide tree, which was planted in the garden in 1845, after being imported from the Australian Norfolk Island.

Palermo, the regional capital of Sicily, is one of those cities with a very distinct, almost tangible atmosphere, a place of mystery, where reality often outperforms the traveller’s imagination and preconceived stereotypes. It is a buzzing Mediterranean centre whose 1 million inhabitants are a fascinating cocktail of apparently conflicting characteristics.

Palermo’s history has been anything but stable, and the city has passed from one dominating power to another with remarkable frequency. Its strategic position at the heart of the Mediterranean brought wave upon wave of invaders, including the Phoenicians, the Carthaginians, the Greeks, the Romans, the Arabs, the Normans, the Swabians, the French, the Aragonese and the Bourbons just to name the most influential. The result of this quilted history is evident today in the vast range of architectural styles, the intriguing fusion of ingredients used in many local dishes, and in the many place names whose etymology bypasses Italian linguistic traditions.

In a world where so many places have become tourist-friendly to a fault, visiting Palermo is still somewhat of an adventure. You won’t find many restaurants with menus translated into five different languages, you may have trouble communicating in English in many places, and some parts of the old town centre have remained untouched since they were bombed during the war. There are many back streets that have only recently opened up to those from without, and it is still often difficult to obtain any information worth having. However, this is also a stimulus to those who wish to embark on a journey of discovery, to explore things for themselves, to dig into the very fabric of the city, and to try and understand what really makes Palermo and its people tick.

Artistic delights abound at every corner, maybe most strikingly in the marvels of the city’s Arab-Norman architecture.

The often faded grandeur of many of Palermo’s wonderful palazzi and churches in the centre gives way to popular areas where the way of life doesn’t fully belong to the 21st century. This is particularly true of the markets, whose Arabic origins are still evident today thanks to their noise, aromas and colours, their narrow labyrinthine streets, the exotic array of food on display, and their souk-like atmospheres.

Artistic delights abound at every corner, maybe most strikingly in the marvels of the city’s Arab-Norman architecture. In his book The Normans in Sicily, John Julius Norwich described the Palatine Chapel as follows: “It is in this building, with more stunning effect than anywhere else in Sicily, that we see the Siculo-Norman political miracle given visual expression – a seemingly effortless fusion of all that is most brilliant in the Latin, Byzantine and Islamic traditions into a single harmonious masterpiece.”

In 2015, Arab-Norman Palermo and its neighbouring cathedrals were granted status as a UNESCO World Heritage Site. Spread over a combined 6,235 hectares and including nine monuments – the Royal Palace and Palatine Chapel, the Zisa Palace, Palermo Cathedral, the Palermitan Churches of San Giovanni degli Eremiti, Santa Maria dell’Ammiraglio and San Cataldo, the Admiral’s Bridge, and the cathedrals of Monreale and Cefalù – the site provides, in UNESCO’s words, “an outstanding example of a socio-cultural syncretism between Western, Islamic, and Byzantine cultures. This interchange gave rise to an architectural and artistic expression based on novel concepts of space, structure, and decoration that spread widely throughout the Mediterranean region… The innovative re-elaboration of architectural forms, structures, and materials and their artistic, decorative, and iconographic treatments – most conspicuously the rich and extensive tesserae mosaics, pavements in opus sectile, marquetry, sculptural elements, paintings, and fittings – celebrate the fruitful coexistence of people of different origins“.

In 2018, Palermo was both Italian Capital of Culture and host city for Manifesta12, Europe’s most prestigious itinerant festival of contemporary art. Find out more here.

The aim of our guide to Palermo is to give The Thinking Traveller some practical, informed advice on all that’s best. We’ll tell you where to park, how to get into the centre if you’d prefer not to drive, what to see and do, where to concentrate your efforts, and where to head for lunch, an aperitif or an ice-cream. To help you with this, we have created…